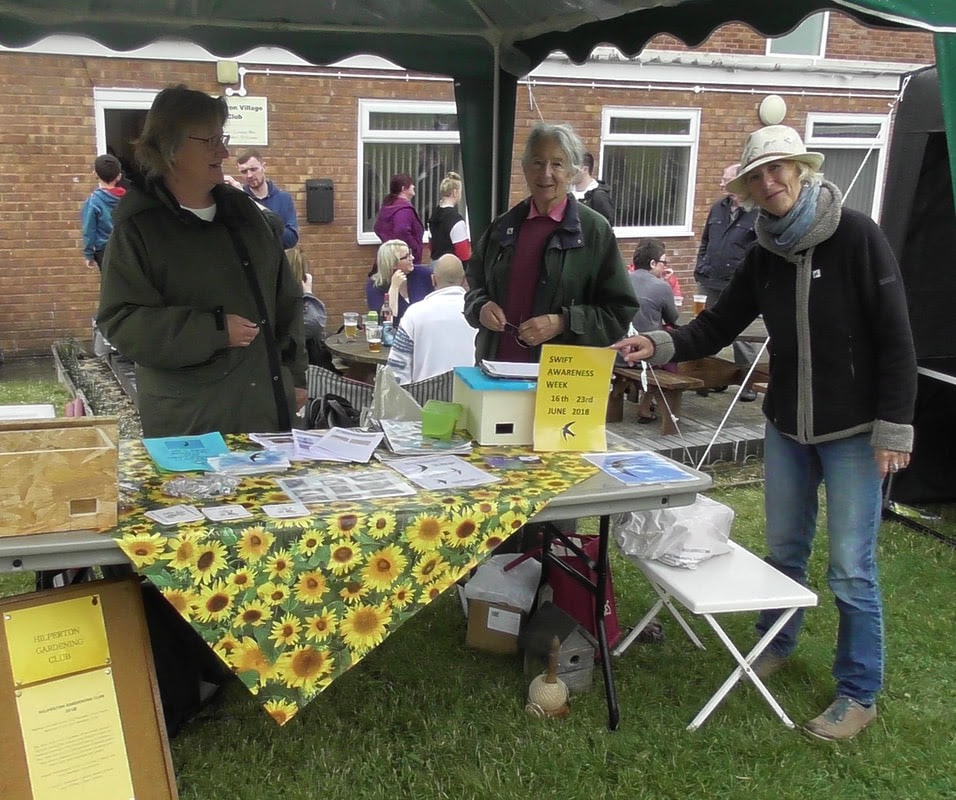 June 16th – 23rd was the first ever National Swift Awareness Week and the Bradford on Avon Swift Group (an offshoot of the biodiversity group of Climate Friendly Bradford on Avon) put on a number of events to raise awareness of how we can help these charismatic birds, so much a part of the ambiance of summertime in Bradford on Avon. Numbers of swifts nationally are estimated to have declined by 50% in the last ten years or so and this is probably due to a number of factors such as loss of nesting places, declines in insect numbers and climate change. This year they struggled on migration due to storms en route and this may well happen more in the future as climate change takes hold. However, good numbers are finally back and can be seen speeding overhead. Swifts return to the same nesting places year after year and may not breed at all if they find it unavailable so the group is spreading the word that if you think you may have swifts nesting in your roof and want to, for example, insulate it or make other alterations, please a) only do this outside the nesting season (May – August) and b) try to leave some holes for the swifts or put up an external box if that is not possible. We are also trying to map all the swift nesting places in Bradford on Avon and surrounding villages so if you think you know where some are nesting, please let us know by emailing climatechampions@gmail.com
The photo shows members of the group spreading the word at Hilperton Fete and we also had a stall at the Fitzmaurice Strawberry Fair, a display in the library all week and organised a well-attended swift walk in conjunction with Walkers are Welcome. The group was also featured in the June issue of BBC Wildlife Magazine and the May issue of Wiltshire Life and Marie Lennon from BBC Radio Wiltshire came and had a wander round BoA with us talking about swifts, which resulted in a 7 minute slot on her morning show.